In a surprise announcement at an event in London Sony has just announced the new Sony A9 camera.

The new addition to Sony’s Alpha range owes a lot to the A7 series cameras, but it features a brand new stacked full frame 24.2-million-pixel CMOS sensor. The sensor has been a struggle to develop and bring to production due to the earthquake affecting its factories last year.

The new sensor allows the A9 to shoot at 20fps in continuous shooting, for up to 241 RAW or 362 JPEG images. Better still, it is blackout free with a real time view of the subject, making it great for sports and action photography, something that Sony were very keen to empathise during the launch event.  perhaps finally answering the one criticism of the Alpha 7 cameras, and compact system cameras in general. Again, with the emphasis on sport and news photography, the camera has a built-in LAN socket, allowing fast data transfer for photojournalist to send images back to a news desk. 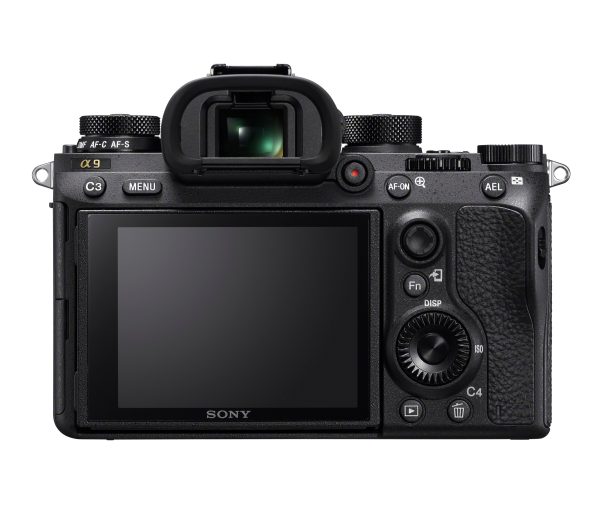 As if the processor of the previous A7, and RX cameras, wasn’t powerful enough, a new BIONZ X processing system has been developed. And if you are worried about filling up all of your memory cards quickly, the new camera has 2 SD card slots, including one of which that is compatible with the latest UHS-II memory cards.

To cope with the new speed and processing requirements of the A9, a new battery has been developed -the NP-FZ100 which has 2.2x the capacity of the battery used in the previous Alpha/NEX CSC cameras. In addition to this there is a BC-QZ1 Battery Charger that can charge the battery in 2.5 hours.

It has 693 phase detection AF points, offering 93% coverage of the frame, and it uses the same 4D focus system that has previously been used very successfully in the A6300 and A6500. In fact the new 4D focus system is 25% faster than the A7R II and it includes Eye AF focus, for precision focusing on a subject eye.

Bringing the EVF up to date is a new 3.69-million-dot EVF with a 120fps refresh rate.

But the focusing isn’t all about speed. The new Sony A9 can shoot in low light down to -3EV.

The camera has 5-axis image stabilisation, which will obviously stabilise any Sony lens, as well as those from third-party manufacturers.

One criticism of the Sony Alpha range for far to long has been the lack of touchscreen. When this is combined with Sony’s somewhat confusing menu system, navigating your way around the Alpha cameras could be a lot easier. Thankfully the new Sony A9 resolves many of these issues with the addition (finally) of a new touchscreen as well as a new custom My Menu system. This allows for up to 30 items of your choice to be added to it. However, sadly the touchscreen can only be used for selecting the AF point, not for menu navigation.