Tucked away on the corner of the Sony Stand at CES 2017 was a Sony Imaging Pro Support booth. Inside the booth a technician spent all day taking apart Sony cameras. Pro photographers could take along their Sony cameras for sensor cleaning, external cleaning and, where needed, firmware updates. However, for much of the day the technician was taking apart A7 and A6000 series cameras, giving the general public a chance to see just what is inside, and how they are put together. 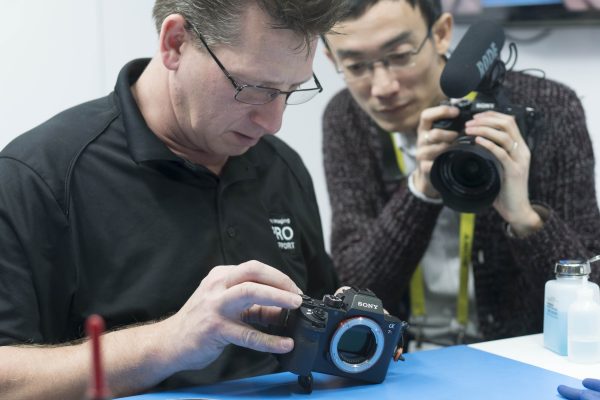 CES 2017: Lok looks on as the teardown begins

Sony very kindly let our own Lok Cheung go in the booth to watch whilst a technician stripped down a Sony A7R II in to its basic components. The whole process took almost an hour, and that was without putting everything back together (Don’t worry, the video is just over 8mins).

One of the most interesting parts of the video is seeing the sensor housing. A wobble of the sensor shows the amount of movement that this is in the sensor stabilisation system. 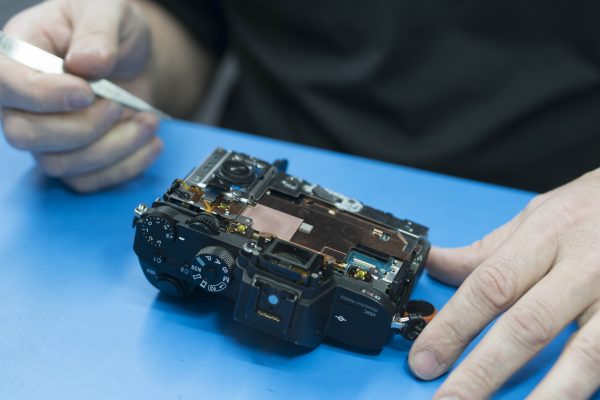 CES 2017: A Sony technician starts to teardown a Sony A7R II. With the back and the LCD removed you can see the copper panel

It was also interesting to see the copper plating sheet that helps to dissipate heat away from the sensor and processors that sit on the layer below it. It is incredible just how small some of the components are, and mind-blowing just how designers and engineers manage to cram so much in to the small body of the camera; literally no space is left unused. 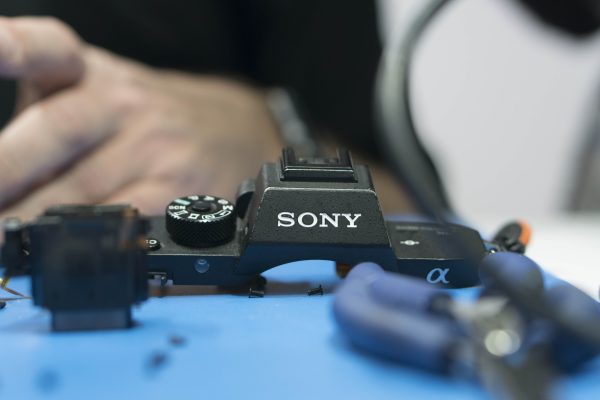 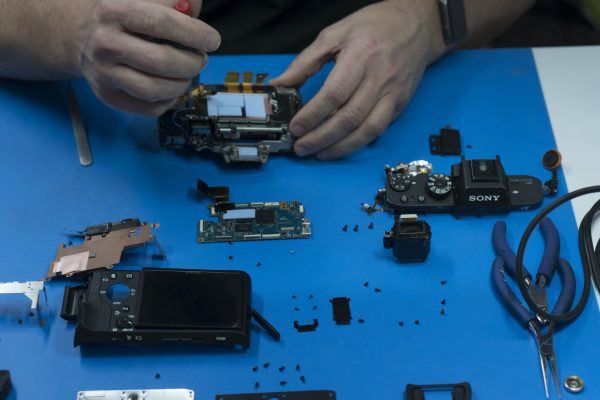 CES 2017: As you would expect, there is a ridiculous amount of screws. The Technician removes each screw and places them next to their corresponding parts, in groups.